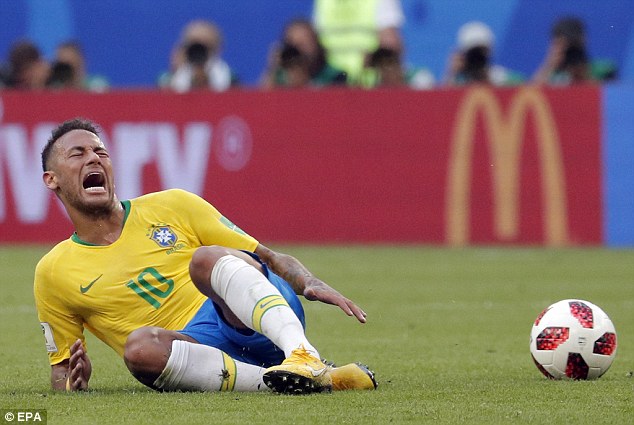 I have started watching the rugby World Cup and seen some pretty amazing games.

I generally always try to catch a good high level (Premier League or German Bundesliga) football game and with the help of a work colleague I have secured a good free online streaming service to see all of them.

However the thing that stands out in a dramatic fashion is the non stop theatrics that football players indulge in throughout the game. Compare that any time to the hard physical contact and attitude of rugby players who simply endure a bruising tackle, get up and carry on…often limping or in agony.

At the other end of the scale we have these grossly overpaid nancy boys on the well grassed football fields who fling themselves to the ground in supposed agony at the merest touch.

This completely detracts from the beauty and excitement of a top class football game which, when flowing backwards and forwards, is a joy to watch.

I don’t understand why FIFA and referees continue to pander to this behaviour and let these clowns get away with blatantly abusing an injury stoppage system.

The most prolific abusers of this tend to be the Italians, South Americans and Spanish.

The other thing that happens in Football is that every player can come up to a referee and openly debate his/her decision. In rugby, the referees deal only with the Captains and those committing a foul.

You often see a football referee surrounded by players gesticulating and abusing them for their decision. This type of open provocation is unbelievable !

In the grumpy old kiwi man football league, there would be new rules. First – Referees can only be approached by a team captain. Second – a referee can decide if a player is genuinely injured or not. If not, they get one warning. If they re-offend, they are red carded. Third – if a player is not the team captain and approaches the referee in an aggressive fashion, they are red carded.

Ok so we might end up with only four players on the pitch, but it may stop this pathetic behaviour from players earning more in a week than I do in a year.