How not to put bums on seats 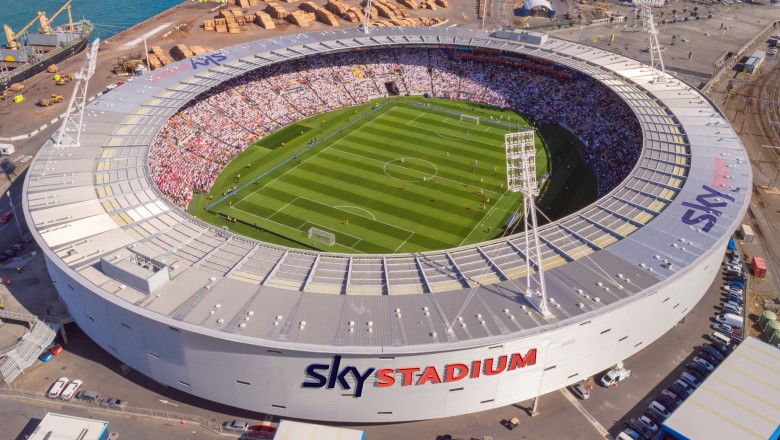 Before heading home on a train on Friday night, I glanced at a TV in the railway station showing a game of rugby happening at that moment in the nearby Wellington Stadium.

The most obvious thing that I saw was that the ‘crowd’ in attendance at the game numbered 3 men and a dog, and the dog appeared to be asleep. 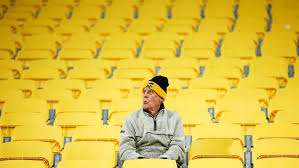 As the train I was on clattered off on its journey, we passed the well lit stadium standing as a beacon of emptiness on the dark Friday evening.

Friends of mine seldom go to games there now because they can sit in the warm comfort at home, and pay Sky Television to beam any game from the stadium to their TV. So why would anyone go to the trouble of going to the stadium, paying for a ticket, chewing on overpriced limp chips and sipping a lukewarm beer from a plastic glass, when they can see it at home?

Thus the stadium stays empty because the public choose to see the game using SKY television.

But in a stroke of marketing genius, the managers of the stadium have signed up a new sponsor, complete with naming rights. Guess who? Yes the photo gives it away… SKY !

But I am I the only one who can see the contradiction in this?

Securing a major corporate sponsor who actively contributes to the absence of patrons is incredibly ironic. Here we have a major corporate selling viewing services which encourage you to stay at home, yet financing the facility that wants people to come to it.

I follow football games in Europe and sometimes they deliberately play with no spectators. I assume that is because the issues around crowd violence dictate this situation.

But in little old New Zealand, spectators at sporting events only get vocal when the hot dogs get cold.

I expect the newly named stadium will remain a vast empty arena with the 31 on the field outnumbering those watching, and everyone else (and their dogs) sitting on the couch at home watching via their SKY TV subscription.